Let’s take this moment to celebrate the fact that McDonald’s have catered to our burger needs for the past 50 years. There are two generations of people on this planet, who don’t know what life is without McDonald’s.

To celebrate the occasion, the food chain graced us with, not one, but two, treats: The new Big Mac Jr. and Grand Big Mac series of burgers, available till March 2018, and a Grand Big Mac OOH takeover. Double yummy.

But what caught our eye most, was the enormous OOH campaign, basically a takeover of BFI IMAX in London. If you’re not acquainted with said building, let me enlighten you: the BFI IMAX in Waterloo, London, is that big round structure right in the middle of one of the busiest roundabouts in the British capital. It’s huge; its screen is the largest in the UK.

If you see a giant patty around Waterloo, London don’t get alarmed: It’s a McDonald’s burger indeed

So, McDonald’s fittingly decided to “go big or go home,” dressing this landmark building as a burger. Imagine this scenario: commuting back from work, watching a giant patty approaching from afar. In my books, this is a positive brand association. Can you resist the munchies? 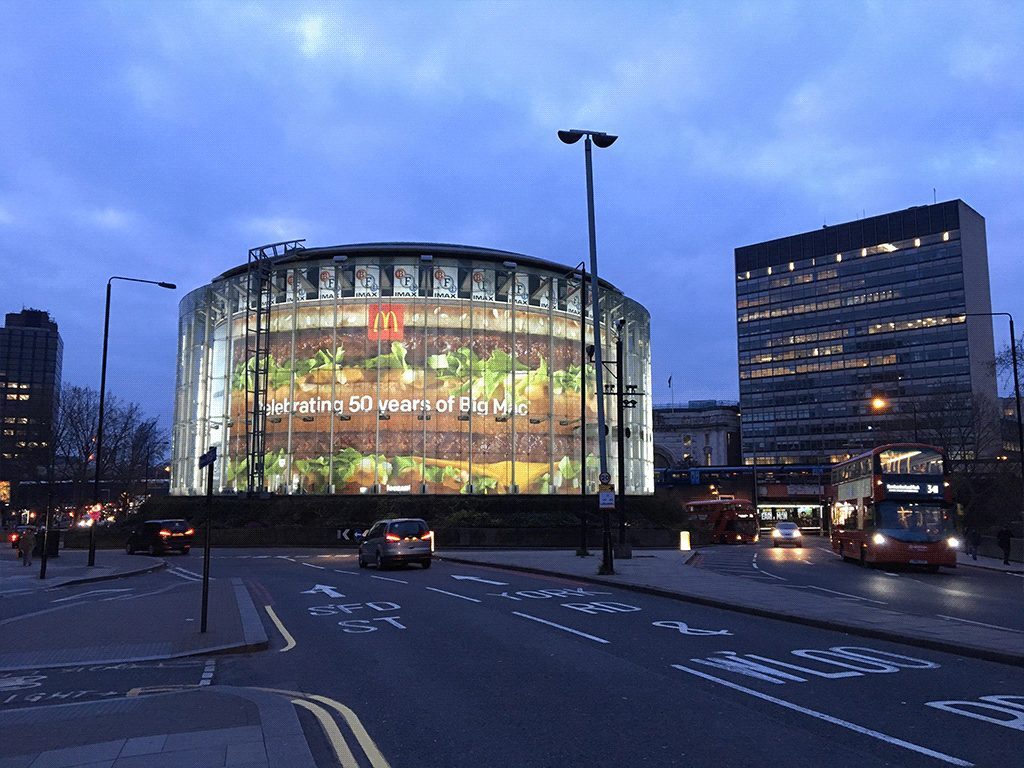 If you’re in the UK, you can check out the TVC here.

Read next: This Is How Burger King Explained Net Neutrality With A Whopper
#bfi imax#leo burnett#london#UK