Instagram is introducing new policies and features to limit interactions between teenagers on its platform and adults they don’t follow.

Adults will no longer be able to direct message teens who don’t follow them on the platform.

Instagram is introducing a set of new policies and features for the safety of its younger audience. The main update is the capacity to limit direct messaging between teens and suspicious adult users on the platform. Adults can no longer DM teen users who don’t follow them. And the app will also warn teens who are messaging adults who have been “exhibiting potentially suspicious behavior.”

The new “Safety Prompts” will give teen users the option to report or block adults who are trying to message them. Instagram is also introducing preventive messages informing younger users to “be careful sharing photos, videos, or information with someone you don’t know.”

Instagram says that its safety prompts will be issued when its moderation systems identify suspicious behavior from adult users. The company did not share details on how these moderations mechanisms work but explained that suspicious behavior could include sending “a large amount of friend or message requests to people under 18.” 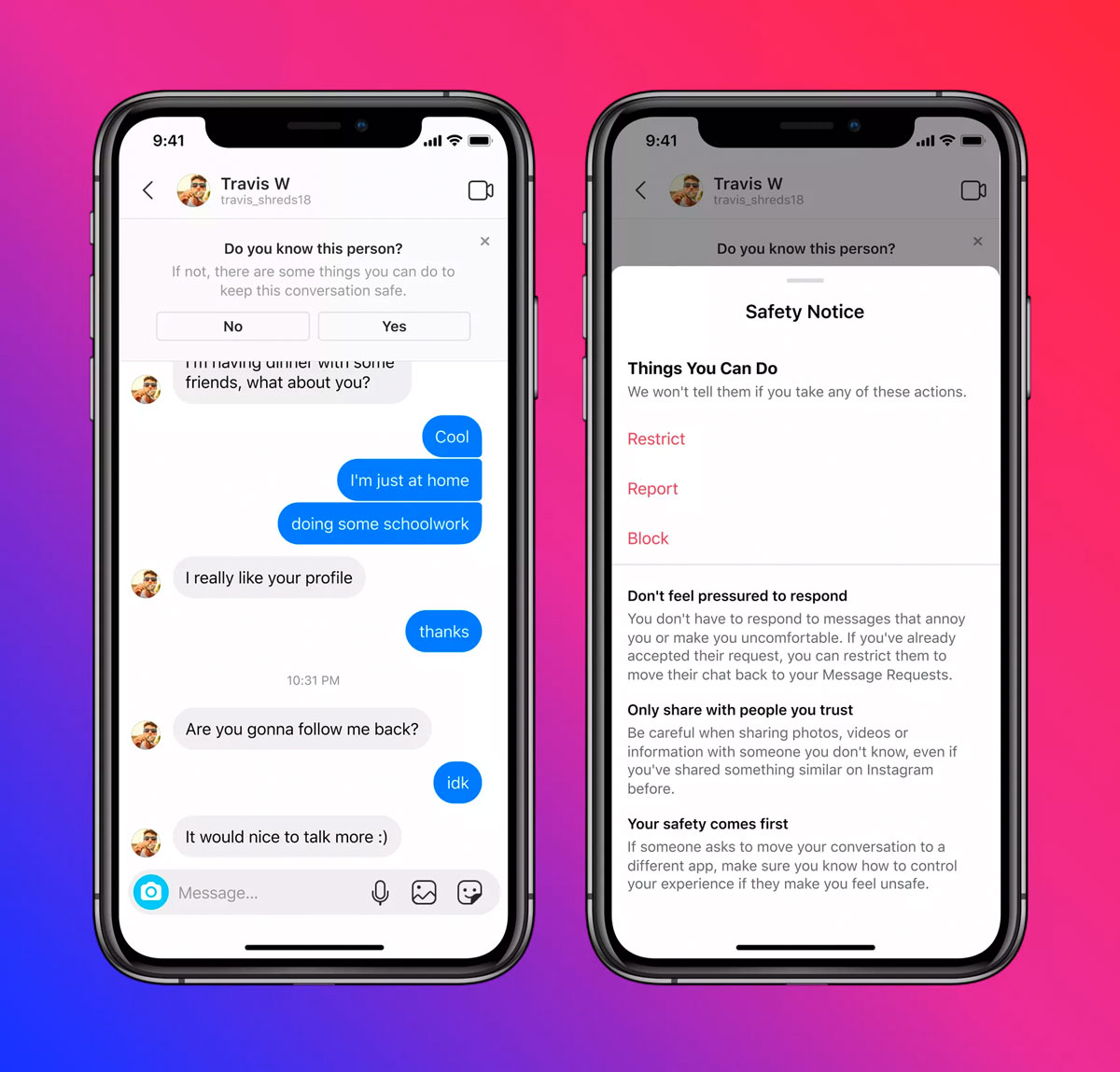 Instagram  is also introducing new “artificial intelligence and machine learning technology” to detect a person’s age when they sign up. The app requires users to be 13 and above but Instagram acknowledges that it is easy to lie about one’s age. AI could be a way to solve this.

Additionally, new teenage users who sign up will be encouraged to keep their profile and information private. If they choose to create a public account anyway, Instagram will send them a notification later “highlighting the benefits of a private account and reminding them to check their settings.”