I Tested The New Facebook Video Uploader And It’s Awesome

Mark has always said video would be the future of Facebook. Well, we may not be in the future yet, but I tested the new Facebook video uploader, and it comes with some awesome new features.

Facebook has been trying to build itself as a direct competitor to YouTube but has not really held the comparison so far. YouTube is still by far the number one social video platform. But even if it can’t beat it, Facebook is going to give it its very best.

Today I got to test the new Facebook video uploader. It looks better, and it’s faster, much faster than the previous version. It’s also more user-friendly. In fact, the new video uploader comes with a bunch of new and upgraded features, as well as shedding light on some less known existing features. 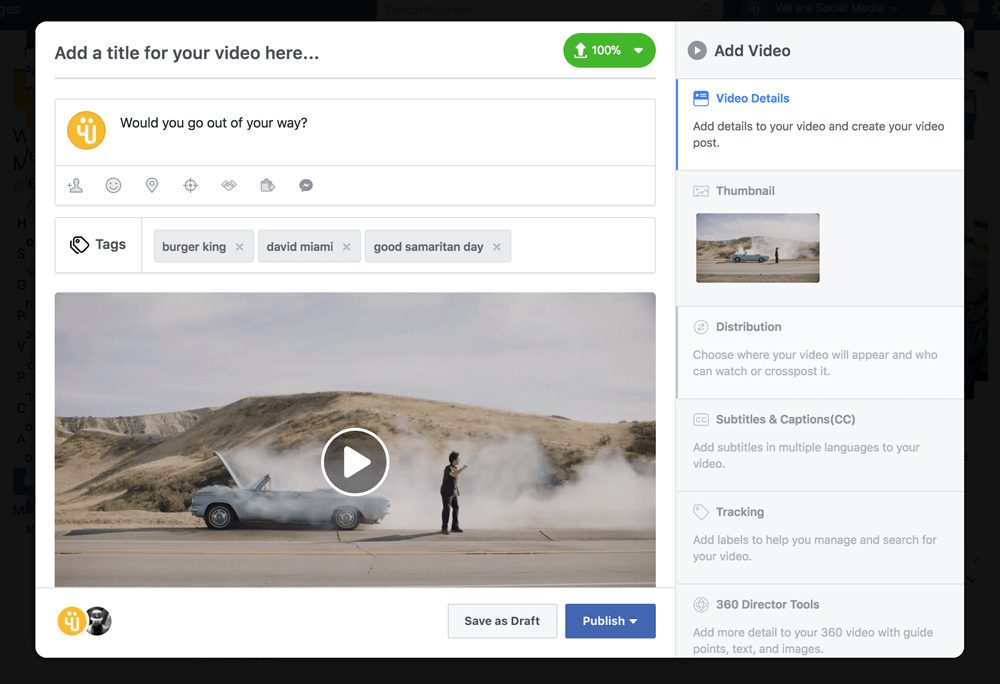 Now that is not a priori a new feature itself. Except that Facebook has now made it easier than ever to choose the best thumbnails for your videos.

Not only can you still upload your own, or trust the auto-generated ones, you can now select any video frame as your thumbnail, thanks to the new frame by frame video selector. 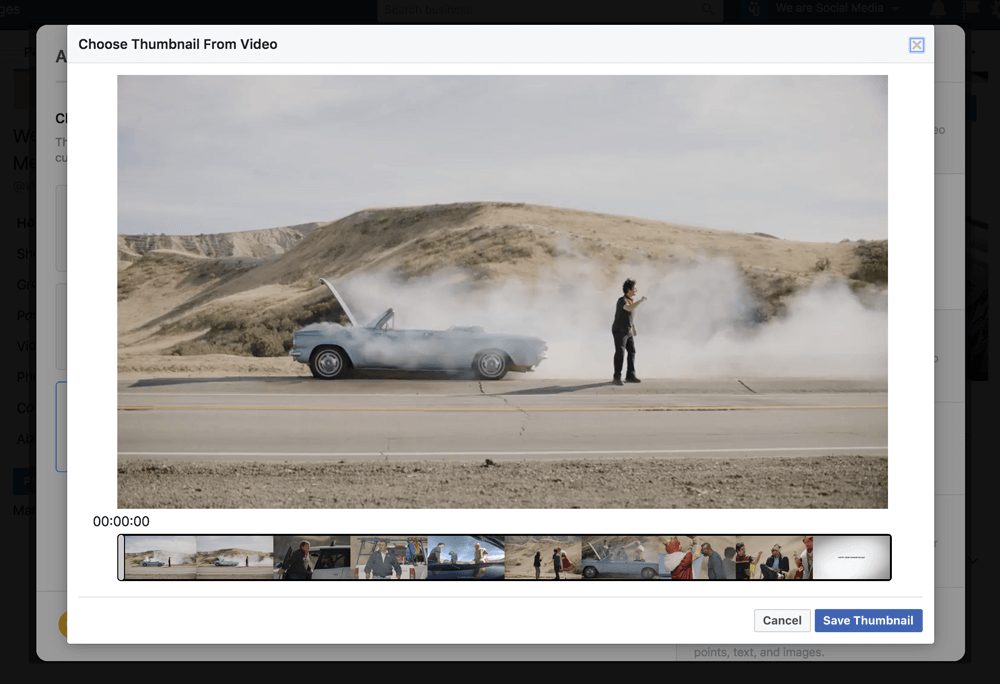 Have you ever used Facebook’s secret video mode? Probably not, because it had not been rolled out globally, plus it was not easy to find within the old uploader.

Facebook’s secret video allows you to upload videos that are only available for embedding on other websites or seen by those who have the link. These videos will not be posted on your page’s feed, the News Feed or anywhere else on Facebook.

Facebook’s secret video allows you to upload videos that are only available for embedding on other websites or seen by those who have the link.

To keep them perfectly “secret” you can also turn off reactions and comments on your secret videos. 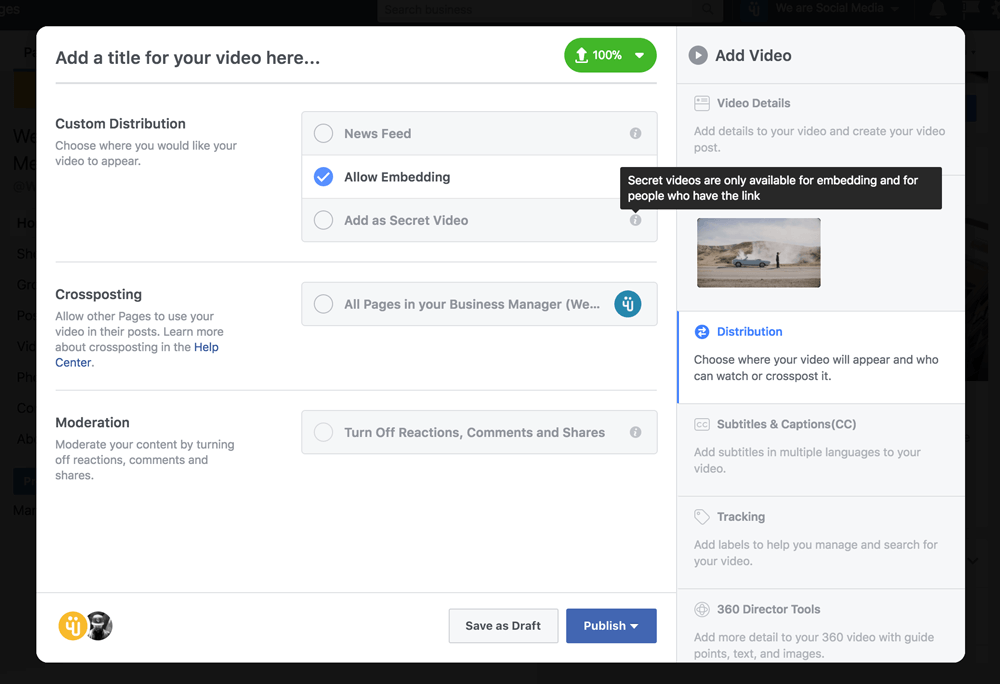 The new Facebook video uploader also makes it easy to add tags to your videos for internal or universal tracking.

Internal tracking helps you “categorize” videos and evaluate their content against similar videos or different categories. This way you know which video content works best towards your objectives.

If your content is shared across the web from an external content management system, then you can add a universal ID that makes it easier to track your videos across platforms.

Have you tested Facebook’s new video uploader yet?

The new Facebook video uploader is more than the sum of these new or upgraded features. It is a sign that Facebook is back into the race. Personally, I am happy to see the secret video mode will now be easier to find and use, because all videos are not to be shared on the News Feed, right?

Read next: This Is How Burger King Explained Net Neutrality With A Whopper
#Facebook#New Features#secret video