Burger King Reveals What 2020 Would Look Like As A Burger

In Brazil, Burger King polled customers in order to create Burger King 2020, the sandwich that would look and taste like the year 2020.

Believe me, you are not ready for this.

I tried hard to find a better word, but 2020 has been a real shit year. And Burger King Brazil thought it would be a fun idea to create a burger that would look and taste like 2020. You get the vibe.

Created by DAVID São Paulo, the campaign polled social media users across Brazil to come up with the ultimate, and shittiest, recipe for a Burger that would represent what 2020 meant to most of us. The result is… well, disgusting: burnt bun, overcooked noodles, sultanas, sardines, a chicken foot, jackfruit, thick caramel sauce, and even some Tutti-Frutti jello.

That is one kind of disgusting, undigestable, horrible burger. Just like the year 2020.

Would you be so brave as to taste it? 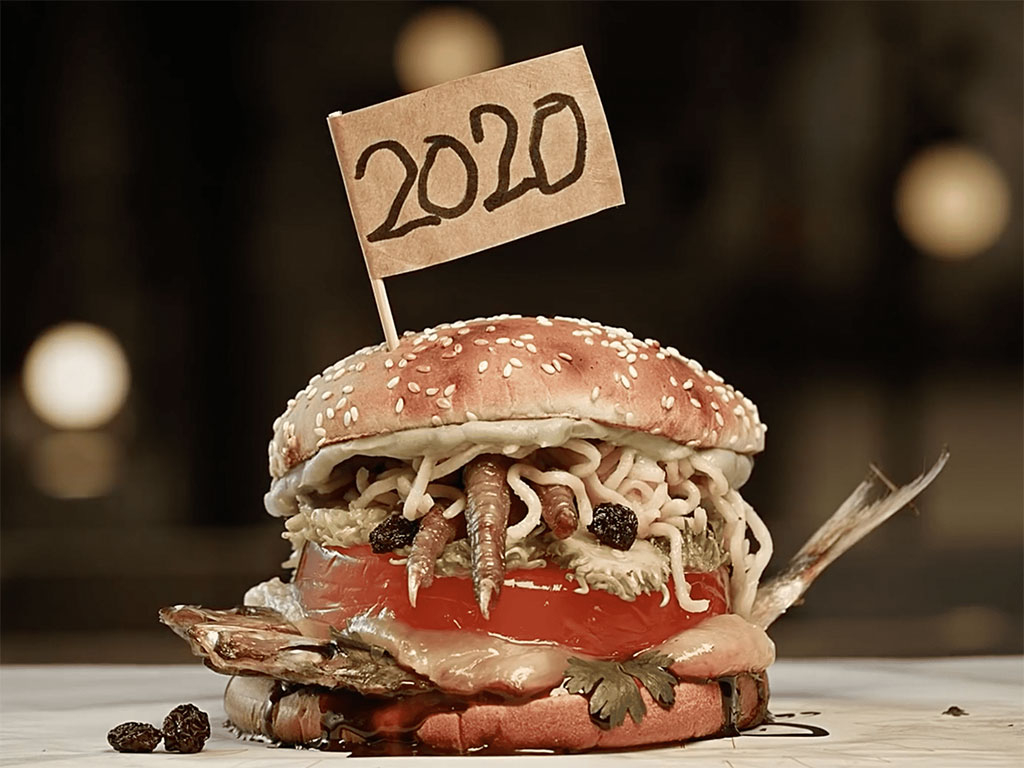