What Is Cloaking And How Is Facebook Dealing With It?

With its latest announcement, Facebook is informing us that it’s taking decisive steps against cloaking, by deploying artificial intelligence.

First things first though: What is cloaking? Cloaking is a technique used to circumvent Facebook’s review processes, in order to show users content that would not have made the community guidelines standards otherwise. The mechanism which cloaking employs consists of concealing the true destination of an ad or post, or the real content of the destination page, in order to bypass Facebook’s reviewers.

In many cases, these bad actors will go as far as setting up web pages, specifically for Facebook reviewers. These pages abide by the advertising guidelines, however, once they get approved, users are taken to a different destination when they click on the same link through Facebook app. 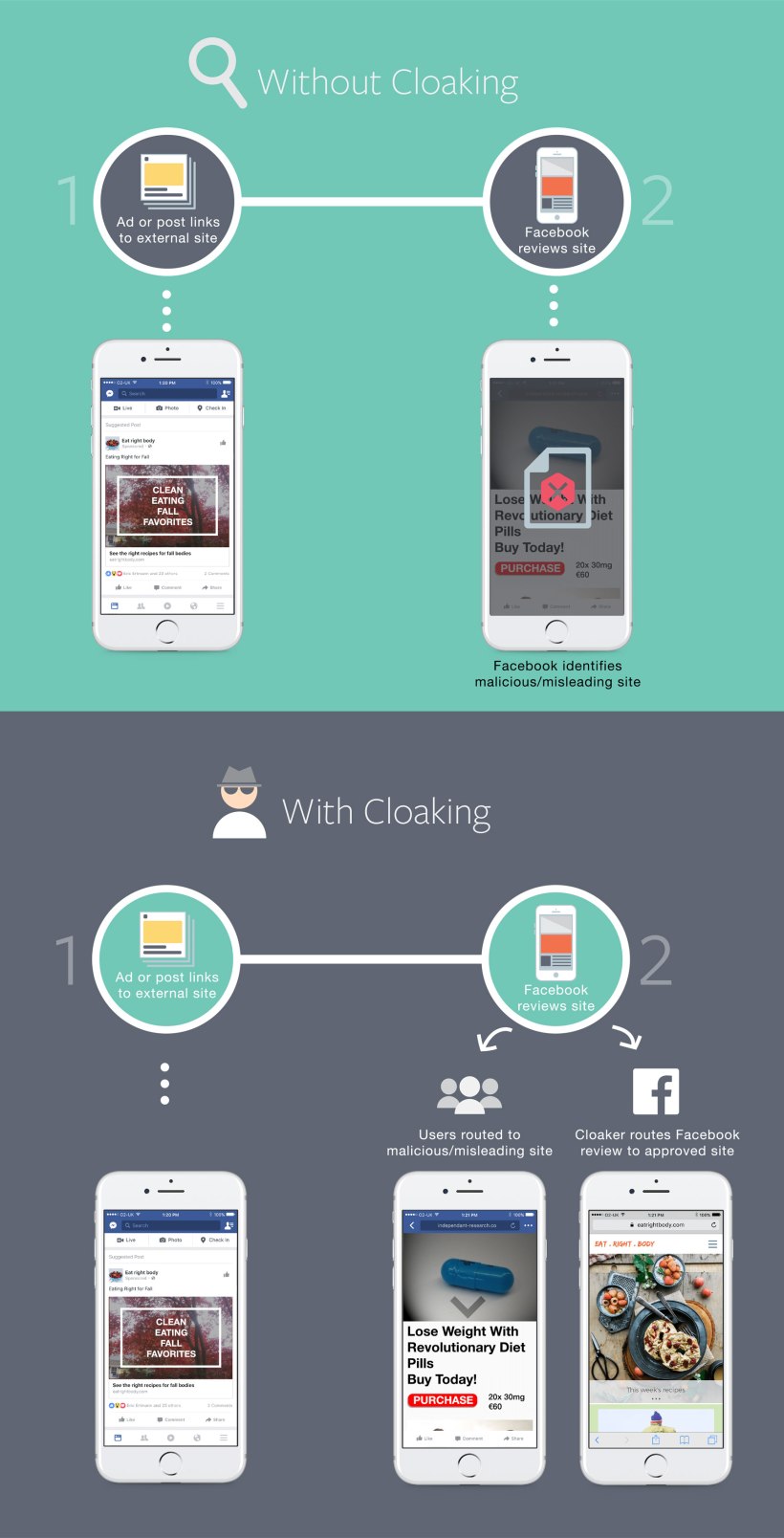 So how will Facebook combat cloaking exactly? As the company states, it will start using artificial intelligence as an additional checkpoint along with its reviewers. This way, Facebook will be able to observe and track offenders. According to some initial results, it has already taken down thousands of them. Moreover, Facebook will partner with other companies, in order to find new ways to combat and punish offenders.

Facebook gets serious about cloaking, deploying AI to combat and punish offenders

Facebook is serious about cloaking as it will ban those who deliberately use cloaking to promote shady businesses.