How To Unlearn What You Think You Know About Social Media

Sometimes, my job is like unschooling for small business owners.

“Holy Crap! You were NOT kidding,. I’m getting messages and responses from everywhere. And all I’m doing is being MYSELF.” — a real conversation from this morning.

Also Read: Pop Quiz: How Old Is A Millenial?

Much of what a great social media person does amounts to helping her client UN-learn everything she’s read about social media for business.

So, it can be tough work breaking it to them that social media simply requires them to talk with people in a new venue (y’know, just like in real life!) — and is not, in fact, the equivalent of prepping for the GMAT or planning a trip to Mars.

A new client wants to know “The Rules.” They want the formula. By @LaraEastburn

So, with each new client, the “unschooling” begins.

“Well, do you enjoy them all?”

“Oh NO! Twitter makes me cross-eyed and I’m not really sure what I’m supposed to be doing on Pinterest.”

“OK, well let’s put those two aside for now. Just forget them. And let’s talk about the ones you DO like.”

Thus, my new friend and I settle into a long chat about the word “should” (It’s high on my $hit list).

And how social media is little different from a party — just online — and people can tell if you don’t want to be there. Why you really don’t have to go to every party. And how everyone will have a lot more fun if you just hang out where you have a good time.

If you’re unfamiliar with the idea of “unschooling,” it can be loosely described as learning free from externally-imposed structures, values, and scoring systems.

My family experimented with it last year when my then 7 year-old daughter got so interested in learning to code and building robots that the elementary school’s curriculum seriously lost its luster.

We quickly learned that there is an in-between, transitional period that proves itself necessary called “deschooling.” Mainly, you allow the learner to do whatever she wants to for a few weeks, effectively dislodging the “learn-master-perform” programming of a traditional school setting.

Deschooling ends — and unschooling begins — when the learner tires of waiting for/expecting instruction and starts doing what she enjoys. She learns what is necessary and useful to her toward a meaningful end.

In the example of my robot-building, coding daughter, she worked in her 3 R’s en route to what she really cared about. She honed her reading, math, and writing for a purpose that made sense to her.

Social media is little different from a party . People can tell if you don’t want to be there.

Anybody Else Seeing The Parallel Here?

A small business attempting to “master” social media in the way one would memorize a list for a standardized test is an odd thing to do. Seriously, no one is grading you!

Except, of course, you.

In fact, you will find it woefully difficult to innovate while studying for a test that doesn’t exist or matter.

What’s more, you KNOW this already! If you didn’t, inspirational quotes in your Facebook feed would look like this: 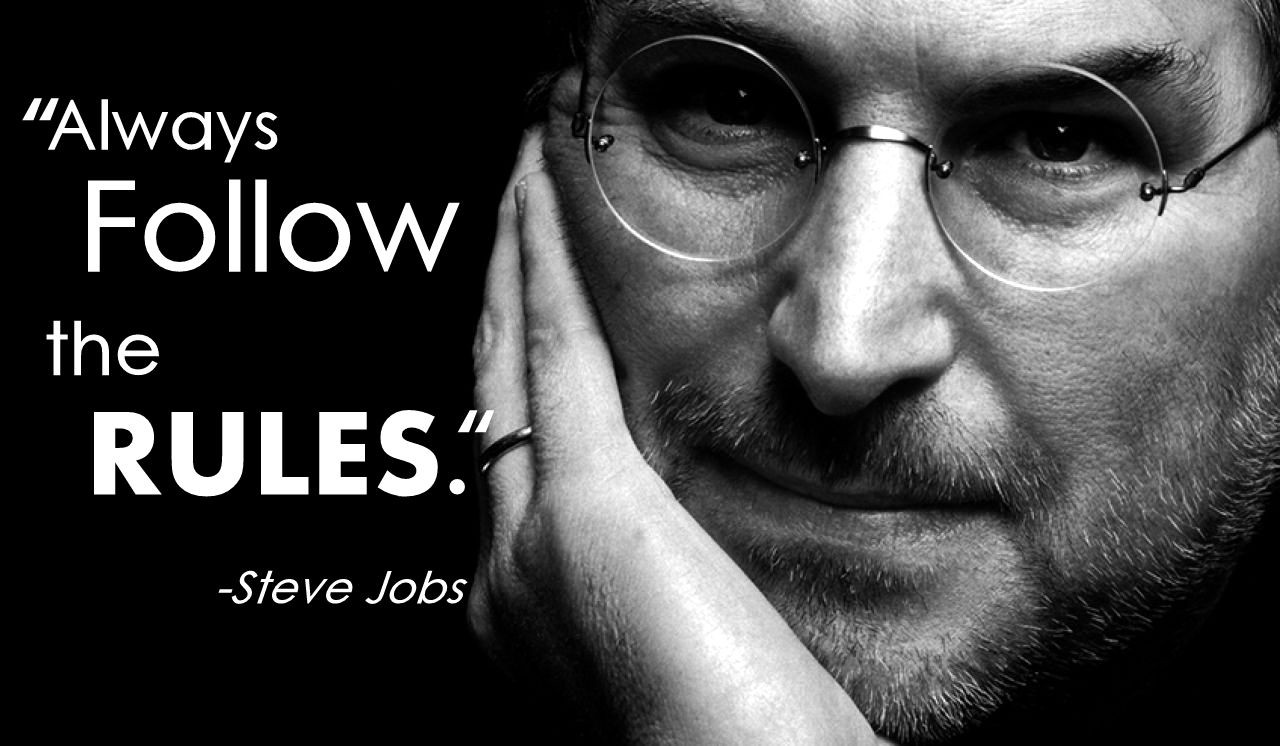 All jokes aside, my work as a self-titled social media mixologist becomes that of ushering out the “shoulds” a small business has painstakingly collected so that we can get to the fun stuff.

Isn’t This A Lot Of Work Just To Learn To Be Yourself Online?

Well, sorta. But it’s also really hard to do in a medium where you have the luxury of crafting your image.

It’s not exactly “Be yourself.” But, rather, “Do whatever the hell you want to.” I mean, many people have trouble “being themselves” in real-life skin-covered company.

Maybe you really want to dress up in a Grover costume and give tax tips. Awesome! Do that.

And THEN measure the results! Not for approval, but because there are a lot of sides to “yourself.” And a lot of things you want to do.

But we’re looking for the thing that works. Just like that story you always tell at a cocktail party because it kills.

Your social media person helps you unlearn the crap. So you can create something that truly comes from you. Then we let the data decide.

Measure the results. Not for approval, but because there are a lot of sides to “yourself.”