To support developers who are not associated with a specific business and want to build on the Facebook platform, Facebook has launched an individual developer verification process.

Following the announcement earlier this year that all apps using Facebook Platform APIs will need to go through review, it also became necessary for developers to verify the business associated with their app by connecting to a Business Manager and providing certain business details and documentation. This change suddenly made things very difficult for developers who aren’t associated with a particular business.

To help these developers, Facebook is releasing verification for them that helps them complete their app review process and continue working with Facebook Platform APIs. The new individual verification process then gives developers full or limited access to specific features as laid out below.

How To Get Verified As An Individual Developer

Developers who would like to get verified as individuals will first need to submit their app for review. As soon as the app has successfully passed the review process, they will then receive a request for further verification. This is where they have the option to “verify as an individual.” Facebook developers who would like to get verified as individuals need to first submit their app for review and then they will receive a request for further verification. After entering their email address, they will need to upload “an approved verification document,” like a passport, government-issued photo ID or drivers license. Facebook will review the document in question and send an email letting the developer know whether it’s been approved or not. Facebook notes that the documents “will only be used to verify you as an individual and will never be posted publicly.” 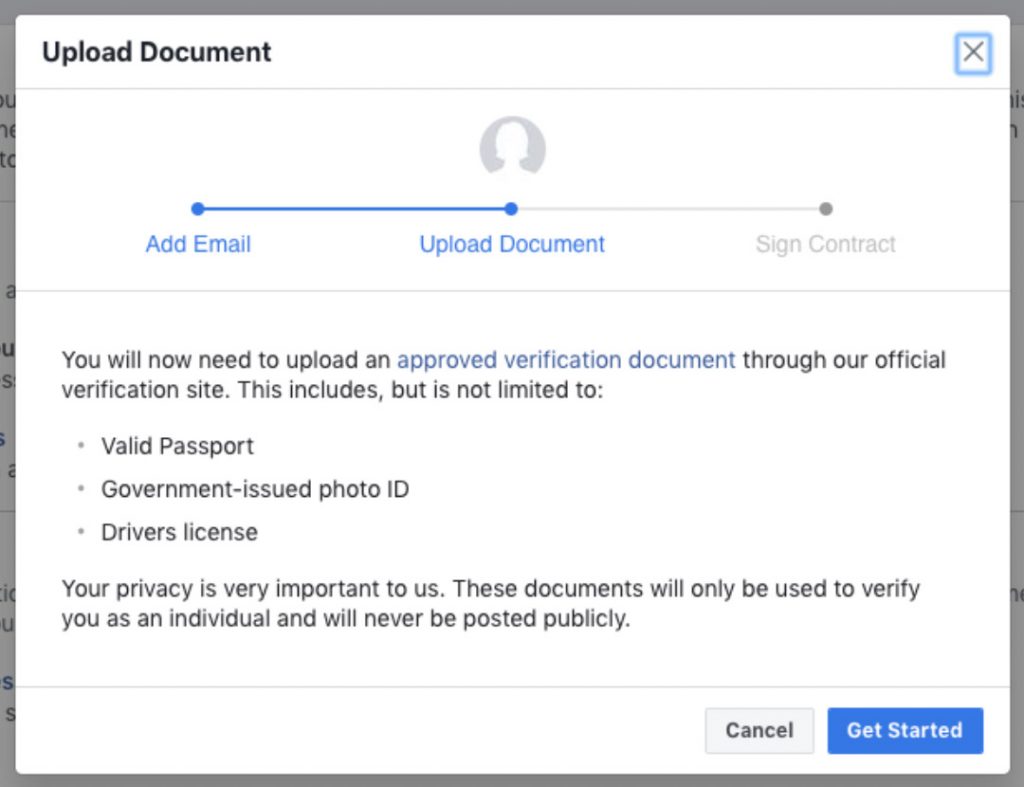