Children’s Visit To The Aquarium Ends In Horror

It won’t just be parents who cringe as this hard-hitting situation unfolds – many of us will resolve to take action before it’s too late.

As debate rages over the devastating effects of plastics in our oceans, Greenpeace brings the message home to the future. Our children.

With its trademark no-punches-pulled approach, the environmental organization shows a group of young children telling us what they’re most excited to be seeing on their visit to an aquarium – and then wipes the smile off everyone’s faces.

What we’re showing them is not an ocean of magical natural wonders, a kaleidoscope of colour and sensations, a future rich with plenty, but instead, tragic waters clogged with plastic bags, rings, and bottles drifting like dead fish.

The young visitors are clearly dismayed beyond belief.

The ad is part of Greenpeace’s petition to get UK supermarkets to reduce the 800,000 tonnes of plastic waste they produce every year. Shortly after this campaign appeared, dozens of major businesses signed up for a voluntary ‘plastic pact’ which was welcomed as a step in the right direction by some, but criticised as an ineffectual whitewash by others.

Having to pay for plastic bags at supermarkets, has helped reduce the habit that kills hundreds of thousands of marine animals every year. The ‘Blue Planet’ series, presented by revered British naturalist Sir David Attenborough has also helped.

Sometimes you have to be cruel to be kind, as the old saying goes, and unfortunately, telling it like it is to the children who will hold us all responsible for what we’re doing to the planet, maybe a key part of getting the action needed.

This stark illustration of how we are literally walking children into the maw of global destruction is enough to make most of us cringe. Will it make us take action, as individuals and as a global society?

Greenpeace welcomes kids to the ocean of the future, and it’s not pretty.

Tree Elven is a creative who thinks big, values simplicity, and just loves life. She’s the Founder of ADDS, an independent voting platform – it’s like TripAdvisor for advertising.
Read next: Is it In Vogue Yet?
#ADDS#greenpeace#ocean of the future 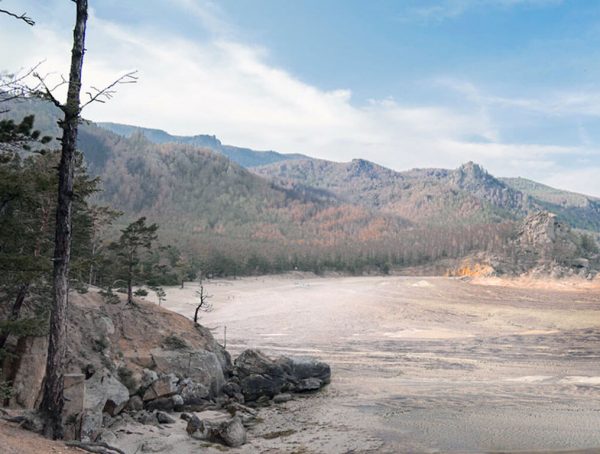 Creative Campaigns
Greenpeace Responds To The #FaceApp Trend With EarthApp